All about Ketchikan, Volume Two.

The history of Ketchikan is closely tied to fishing. As I mentioned last week, the Kadjuck Tlingits made summer fishing camps along the coast of this island at the Tongass Narrows. But it was in 1883 that a salmon saltery (fish packaging operation) was established. This saltery, started by Mike Martin, was the first such business in place.

In 1885, Loring cannery opened its doors; in 1887, the Tongass Packing Company built its cannery; other immigrants began to open businesses, and in 1900, on August the 25th, the City of Ketchikan was incorporated with a population of 459 residents.

Southeast Alaska is one of the great breeding grounds for all species of the Pacific Salmon. There are about 1,100 islands that make up the Alexander Archipelago, which themselves have steep inland ranges and streams (aided by the about 150 inches of rainfall each year). All these factors contribute to the returning salmon runs, some with upwards of one million fish!

During the mid-to-late summer, salmon can be seen running over the falls and fish ladder at Creek Street, right through Downtown Ketchikan. 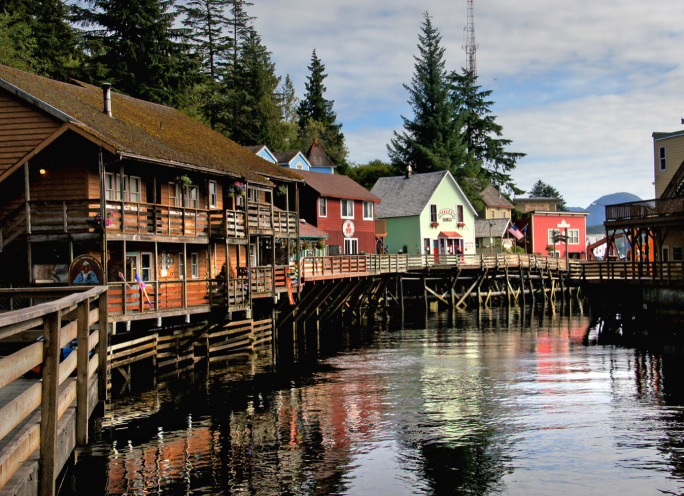 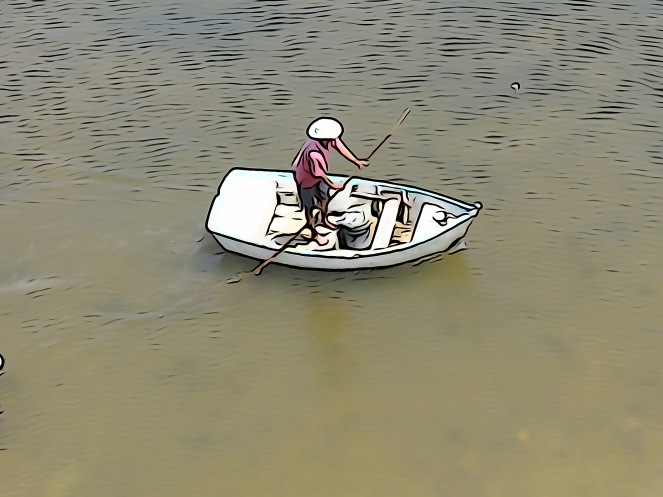 I’m often contemplating the lack of time that I have. Mostly I believe it’s self-inflicted. For instance, I’ve signed on to two new shows over the coming six months, and I’m currently working up in Georgia.

For starters, we all have problems. Little foibles that make us who we are, the struggles that define us. Or, that we assume define us.

In some of my recent reading, I’ve found that we can exert more control over how we spend out time. Get off the social media (I barely use it myself now). Quit checking email (but what if I miss something?). We’re all guilty of time-wasters. The things that we tell ourselves are important, when really it’s just FOMO: fear of missing out.

I like this tale from Ferriss’s 4-Hour Work Week:

An American investment banker was at the pier of a small coastal Mexican village when a small boat with just one fisherman docked.  Inside the small boat were several large yellow-fin tuna.  The American complimented the Mexican on the quality of his fish and asked how long it took to catch them.

The Mexican fisherman said, “I sleep late, fish a little, play with my children, take siestas with my wife, Maria, stroll into the village each evening where I sip wine, and play guitar with my amigos.  I have a full and busy life.” The American scoffed, “I am a Harvard MBA and could help you. You should spend more time fishing and with the proceeds, buy a bigger boat. With the proceeds from the bigger boat, you could buy several boats, eventually you would have a fleet of fishing boats. Instead of selling your catch to a middleman you would sell directly to the processor, eventually opening your own cannery. You would control the product, processing, and distribution. You would need to leave this small coastal fishing village and move to Mexico City, then LA and eventually New York City, where you will run your expanding enterprise.”

The Mexican fisherman asked, “But, how long will this all take?”

“But what then?” Asked the Mexican.

The American laughed and said, “That’s the best part.  When the time is right you would announce an IPO and sell your company stock to the public and become very rich, you would make millions!”

The American said, “Then you would retire.  Move to a small coastal fishing village where you would sleep late, fish a little, play with your kids, take siestas with your wife, stroll to the village in the evenings where you could sip wine and play your guitar with your amigos.”